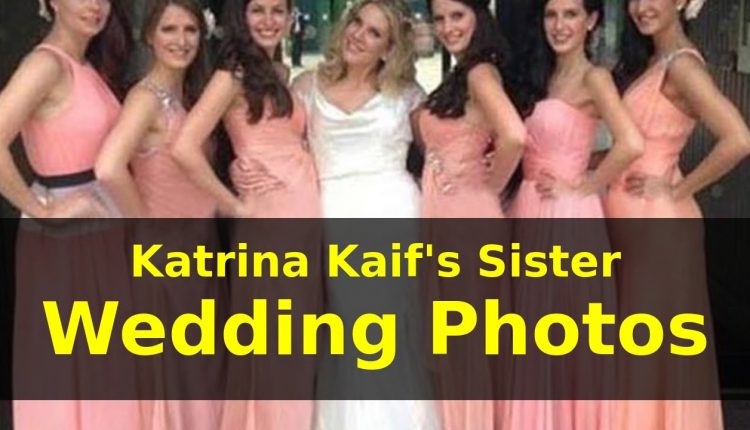 Katrina Kaif’s sister Christine tied the knot on Sunday August 2013 and Kat was the bridesmaid. She looked stunning in a peach gown posing with the bride and other bridesmaid

Katrina Kaif’ has seven siblings: three elder sisters (Stephanie, Christine and Natasha), three younger sisters (Melissa, Sonia, Isabel) and an elder brother, Michael. Isabel Kaif is also a model and actress. Kaif’s parents divorced when she was a child, and her father moved to the United States.

Katrina Kaif was born in Hong Kong with her mother’s surname Turquotte (also spelt Turcotte), on 16 July 1983. According to the actress, her father (Mohammed Kaif) is a British businessman of Kashmiri Indian descent and her mother (Suzanne, also spelt Susanna) is an English lawyer and charity worker.