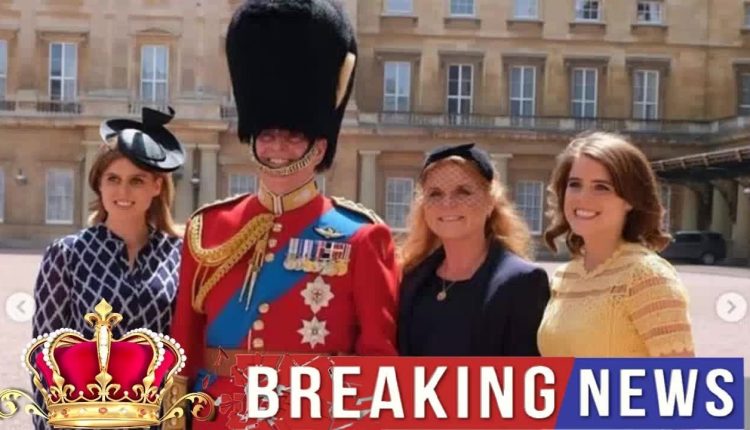 Royal Kids – Sarah Ferguson and Andrew back together? THESE family photos spark speculation of reun

The Duchess of York looked proud as she stood beside her ex-husband after he took part in the Colonel’s Review at Horse Guards Parade in London. The image shows Prince Andrew wearing a full uniform, including a bearskin hat, alongside Fergie and their two daughters Princess Eugenie and Princess Beatrice.  Princess Eugenie posted the family photo on Instagram saying “the York’s were really proud of papa”.  She posted: “Today, the York’s were really proud of Papa @hrhthedukeofyork as Colonel of the @grenadier.guards “He reviewed the parade and took the salute at the Colonel’s Review. The Grenadier Guards will troop their colour next week in front of their colonel-in-chief, Her Majesty The Queen.” Royal fans were quick to comment on the picture speculating whether Eugenie’s parents, who divorced in 1996, were back together.  One said: “I am so confused. So they’re basically together then?”  Another said: “Back together again? They look like they never got divorced.” One royal fan questioned: “Is there a chance the duke and duhchess will get back together?” Others were simply delighted to see the family posing together, writing: “Love seeing them altogether.”  Another said: “Great to see you toegther as a family.”  In 1992 the Duke and Duchess of York finally announced their separation after spending a lot of time part while Prince Andrew was on royal duties. Just months later, photographs emerged of the redhead receiving a toe-sucking from oil tycoon John Bryan, who was described as her financial advisor and the couple divorced in 1996. But the pair, who have two daughters, Princesses Beatrice and Eugenie, still remain firm friends and even share a residence. During the 2016 interview, which has resurfaced, Sarah Ferguson also spoke about sharing the Royal Lodge with her ex-husband Prince Andrew. The pair were recently spotted together as they arrived at the wedding of Lady Gabriella Windsor.