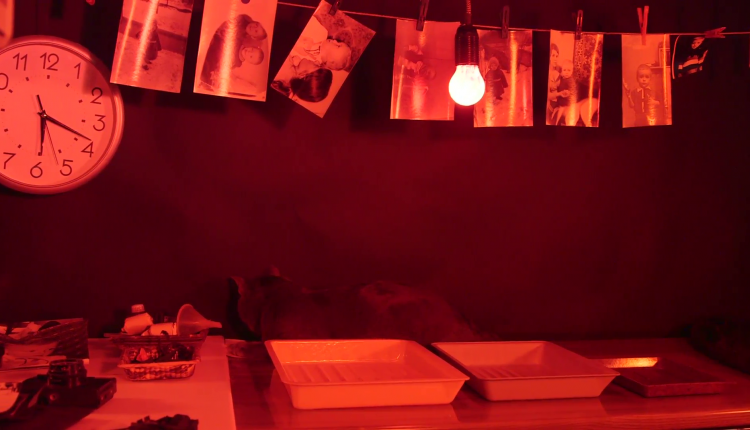 Tricks From the Darkroom

So you have been through the process of developing film in your darkroom at home, now its time for a little more advanced darkroom work.

Let us direct you with the concluding element of our darkroom series by providing you some valuable info on how best to print your black-and-white photos in the darkroom.

Any time you have a roll of film developed, dry, cut, and available you can begin your printing. The initial thing you should do is select a frame on the strip of negatives you’d like to print.

Remember that since the film will be in the negative format, the brighter areas in the negative will be the dark or shadowy areas in the print. A frame which appears to have many dark areas or many bright areas is likely to be under or overexposed. One recommendation is to bracket your shots when you shoot your roll of film, so you will have the choice of picking one of three exposures.

When you have all your film cut into about five frames per strip, it is advisable to keep them safe in an archival film sleeve. Switch off the main light and switch on the infrared; do not switch on any other light until it is safe to do so. Remove the strip of film with the frame you want to print and place it in the film holder shiny side up. The film holder is placed above the lens of the enlarger.

Replace the film holder with the film into the slot in the enlarger. Switch on the enlarger; this will put on a light, which projects the light through a piece of convex glass, through the film to project the film onto the flat tray where the easel for holding the paper should be placed. You can focus and adjust the size of the print by raising or lowering the enlarger with two knobs usually on the right side of the enlarger (one for moving the enlarger up and down, the other for fine focusing).

A useful tool to have in the darkroom is a focus-finder; they help to focus the negative about sharpness, though it is quite possible to focus by the eye once-great care and careful movements are used. The easiest way to focus is by opening up the lens to its maximum aperture (just like you do with your camera) to allow the lightest in for ease of focus as the image will be much brighter and easier to see.