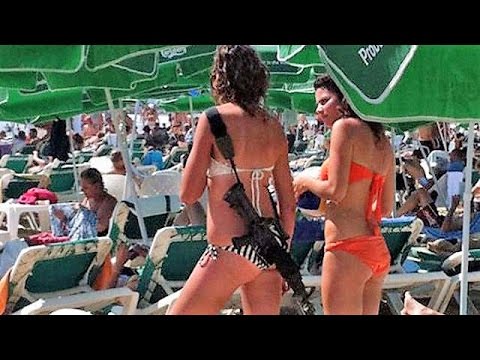 From luxury camels; to some crazy Sprite Events; These are 20 Craziest Photos Taken in Israel !

20. Park Your Camel Here
Israel is a controversial state in the middle east but that doesn’t mean we can’t take a good laugh at some of the crazy stuff that goes on here! In Israel, not everyone has adopted automobiles as their motive of transportation, but some traditional people have adopted camels! Whoever could park their camel like this right between their lines will sure you’ll pass their camel driver’s test with ease! You don’t need gasoline or oil to keep this machine going. Just the occasional bowl of water will do!

19. McWhaaa?
We understand this is McDonald’s but how do you pronounce it in Hebrew? Whatever it is exactly, it does appear to be kosher at least! The regulations of kosher appear to forbid certain animals including pork, camel, birds of prey, and bats. Did people really used to eat bats in Israel? Either way, you will most likely not be getting a bacon cheeseburger here!

18. Rabbi Crossing
Everyone look both ways before you speed through that intersection! A rabbi and his family could be crossing the street and you really don’t want to hit this guy! This sign is placed outside a temple in Israel to remind motorists to be cautious!

17. Blue Man Protester
We all know that Palestinians would like to become an independant nation and sometime protests will break out! This photo here though shows that sometimes the protests can be a little bizarre. These 5 protesters we see in the photo are all decked out in blue and they’re meant to represent the Navis from Avatar along Israel’s separation border! It’;s unclear exactly what the connection with blue aliens from a movie has to do with palestinian independence but we’re sure it’s meaningful

15. Scrolling at the Dead Sea
Dang this place is saltier than that ex girlfriend you broke up with on Valentine’s Day! The lake bordering Jordan and Israel, is known as the Dead Sea has the lowest elevation on land in the world at -1388 feet. It has a 33.7 salinity percentage and this allows for people to easily float on the water. You’d have to have some serious problem swimming to drown here. It’s so easy to float that this guy is scrolling through his journal without a care in the world that it might get wet!

11. The Chase is On
It’s not sure exactly what he got caught doing but the chase is on at the wailing wall. He’s really trying to run as fast as he can but still hoping that hat won’t fall off! Whatever the case is, it’s clear this guy is a straight up thug and has no respect for the law!

10. Mini Santa Clauses
It’s Christmas time in Israel and you know what that means, Hanukkah! This means 8 nights of presents and if you’re a kid you probably enjoy this time of year. Ironically enough, his wife got him a new kid each day dressed up as santa claus, and on the last day he’s hoping it’ll stop. They seem to be slightly confused on which holiday they want to celebrate but the kids are hoping they get more presents on Christmas in one day than the 8 nights of hanukkah.

5. Only in Israel
This country located on the Mediterranean Sea is home to some beautiful beaches and are a great place to enjoy stunning views. And views of this too! When going to the beach don’t forget to bring your sunglasses, some sunscreen, a towel and your automatic rifle.These women in the bikinis are enjoying their day at the beach in Haifa and properly People will get charged with crimes if something happens to their rifles. People in Israel are quite used to seeing this but people on vacation might not.

4. Getting Weird
No matter where you go or how you decide to dress you will have to bring your rifle at all times! Doesn’t matter how weird things are about to get, you gotta bring! This guy in the photo has no choice and even though he’s dressed up in a tutu with high heels. He must really be hoping a war doesn’t break out wearing that thing for the love of Abraham!

1.Israeli Flower Gardens
Whether you consider yourself Palestinian or Israeli, you have to admit that it’s a wonderful stretch of land with many unique cultures coming together and with some crazy things popping up every now and then. This historically rich religious land can be big enough for anyone live on and peace needs to be found in order to preserve israel’s natural beauty. Here we some of the amazing flower gardens found in israel with father enjoying the breathtaking views of the landscape. You might think it’s the netherlands first glance but it’s in the land where 8 million call home known as Israel!